Written by Super User. Posted in Legends of Light Music 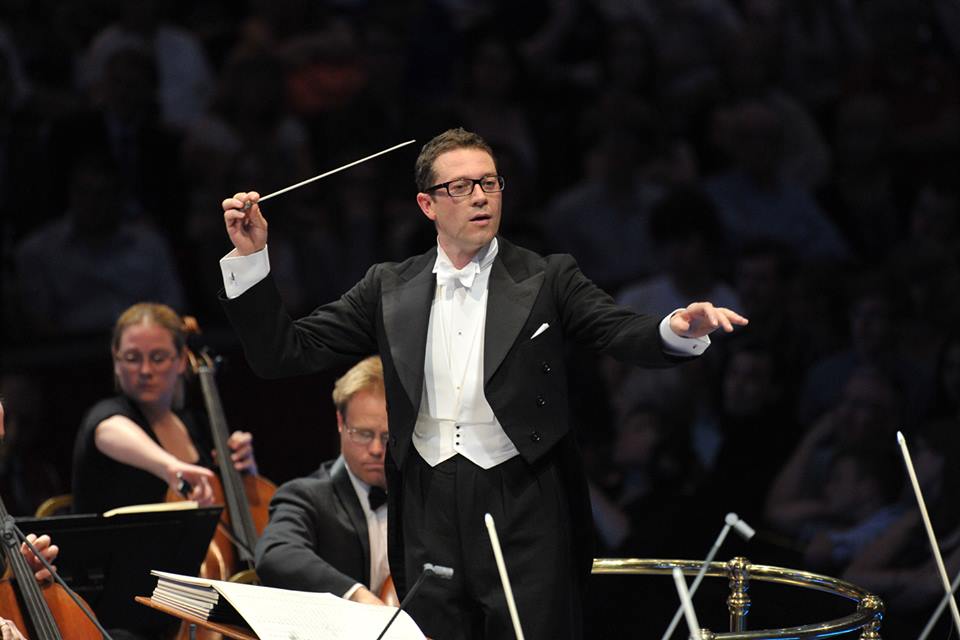 John Wilson was born at Gateshead, Tyne and Wear, in the north-east of England on 25 May 1972, where he can remember always being fascinated by music. This eventually led him to study composition and conducting at the Royal College of Music, London, where his teachers were Joseph Horovitz and Neil Thomson. He graduated from the RCM in 1995, winning all the major conducting prizes and the coveted Tagore Gold Medal for the most outstanding student.

During his studies he became closely involved with the works of Eric Coates, and one of his early public concerts with the Sinfonia of Westminster at St John’s, Smith Square, London (in April 1997) gave him the opportunity to salute Coates together with another composer he greatly admires, Robert Farnon. Subsequently he has reconstructed a number of Farnon scores, so that they could receive fresh performances, and he has gradually become involved more deeply in this kind of work. In March 2003 he conducted a memorable concert of film music at London’s Royal Festival Hall, using many original arrangements by the legendary Hollywood arranger Conrad Salinger, which John had to transfer to manuscripts from film soundtracks because the original scores had long been destroyed.

He is also a prolific arranger, and has already produced countless orchestrations for film, radio and television. In 2000 John orchestrated Sir Richard Rodney Bennett’s entire score for the BBC production "Gormenghast", which won the Ivor Novello Award for Best Film Score. Shortly thereafter he was commissioned to orchestrate and conduct Howard Goodall’s score for the BBC/HBO film "The Gathering Storm" about Winston Churchill’s life in the years immediately prior to the Second World War. Other recent film and TV work has included Kevin Spacey’s film about the life of singer Bobby Darin. John also enjoys a close working relationship with Sir Paul McCartney, and has orchestrated several of his compositions.

His recordings so far include two compact discs of the music of Eric Coates, a collection of Scottish Orchestral Music and several CDs for Vocalion which have gained him many new admirers.