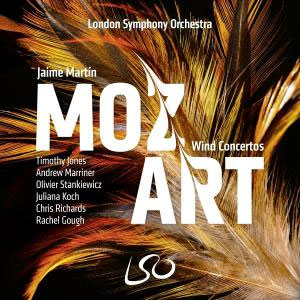 Of the three classical composer giants, Bach, Beethoven and Mozart, the last-named is possibly the one most appreciated by light music enthusiasts. Melody poured from his pen and none more so than in the three concertos on the first album of this 2-CD issue recorded at a live concert from the Jerwood Hall, LSO St Lukes in October 2019. 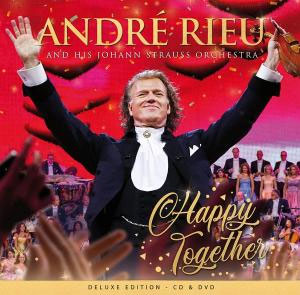 'Clear the top of the best-selling chart: André, his orchestra and choir, are back with their first studio album since 2019. A new release from the Dutch maestro, who brings so much joy to so many people with his CDs, DVDs, live concerts and YouTube presence, will be especially welcome to readers starved nowadays of discs of their kind of music...

It’s strange how some people seem to have a natural affinity with wild life and anything that moves, especially birds. As a toddler, Robert Farnon’s son David was very much into birds...

It’s strange how some people seem to have a natural affinity with wild life and anything that moves, especially birds. As a toddler, Robert Farnon’s son David was very much into birds. They seemed to be attracted by his friendly and welcoming manner flying from of the garden eager to meet this young maestro of ornithological interest. Perhaps he caught the conducting bug in this setting! Even his mother came up with the comment, he could “charm the birds out of the trees”. Bob was in the process of finishing a new piece requiring a title, so hence the name came in handy. (Living in rural Ireland in the 21st century nothing much has changed. Robins, tits and finches are still first in the food queue).

The opening couldn’t be anything else but Robert Farnon describing an early morning atmosphere. I have a 78-rpm disc of an actual dawn chorus recorded in cellist Beatrice Harrison’s Surrey garden in 1924. Going forward, Bird Charmer sounds as if it was one of those 1940’s Farnon gems but in fact was as late as 1958. The magic was still there in leaps and bounds.

The flute heads the woodwind in customary Farnon fashion, flitting around in complete control but giving the impression of being as “free as a bird”. Then in perfect contrast, the strings escape from their cage with a typically beautiful sweeping tune from the Farnon canon with some nice changes, ending with a repeat of that catchy ditty.

We arrive at the bridge for yet another gorgeous melody this time with plenty of daring jumps played by the strings but highly hummable. Listen out for some subtle syncopation. Of course many classical composers took discordant risks like that but not quite as audacious. Come to think of it, there’s quite a bit of that going on in early piano concertos but the dissonance is resolved quicker.

Then echoing the beginning, a now slow oboe and flute with twittering background noise welcome you gradually back to the bustling “early” bird. We return to the familiar up-tempo tune followed again by that irresistable first melody. Then like an afterthought, a suggestion of Sidney Torch’s Comic Cuts, with the coda fitting like clockwork.

Written by Geoff Leonard
Be the first to comment! 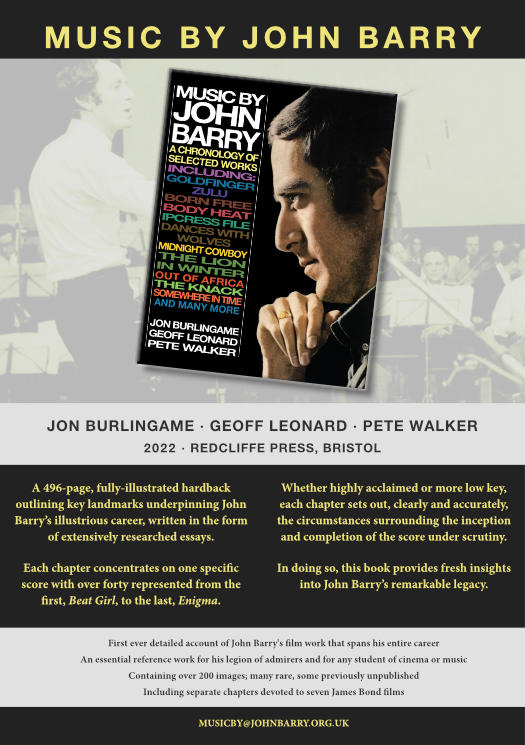 Indicate your interest via this email link

The biggest story of the year so far is the news that 'Music by John Barry', a new book in praise of more than forty of his film scores, is close to publication! Sources close to the project tell us that this near 500-page book is the best work so far from the three scribes. OK, technically it's also the first, but you get the idea!  You can see more details on this cunningly constructed flyer by the artist, Ruuders. Now, in view of how poorly the previous book, 'Hit and Miss: The Story of The John Barry Seven' sold, it seems highly likely that copies of this new book will be in limited supply. So, do yourself a favour and indicate your interest immediately by contacting the writers via this email link. Details of price and publication date will be sent to you as soon as possible, and anybody who then orders it is *guaranteed* a copy.  In fact, if requested, at least one, maybe two of the authors will sign your copy. They might even do so even if you don't request it. :) 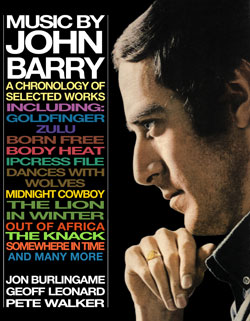 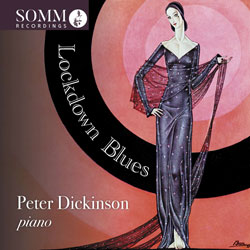 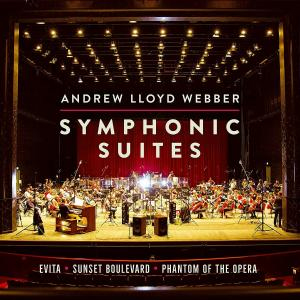