The master of “spaghetti western” movie music and much more, Ennio Morricone (born Rome 1928), was lost to us earlier this year, and for me this recently discovered album is a fitting memorial to his work that includes over 400 cinema/tv scores and more than 100 classical works, with total sales over 70 million. 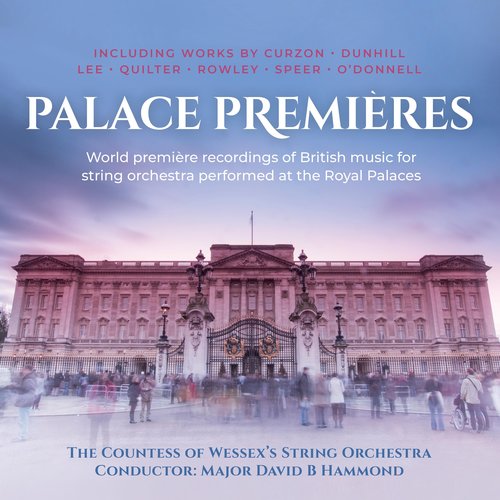 Over the years I have always been aware that string man George Melachrino was an occasional singer in the dance band world but I had never heard him, let alone seen him in that role.

Over the years I have always been aware that string man George Melachrino was an occasional singer in the dance band world but I had never heard him, let alone seen him in that role. He had already been employed by Ambrose, Carroll Gibbons and Bert Firman. Therefore imagine my surprise and delight at finding him on a recent video on the Internet on Google. Until then he was just a handsome face in a photo on some long forgotten record or CD disc. Now for the first time I was seeing him “live” as it were, filmed by British Pathé at the Embassy Club in 1940 with a 9-piece orchestra.

Holding his violin, he was dressed more like a Lieder singer in a Tuxedo about to render the well known Great American Songbook standard Fools Rush In. It was the completely unexpected formality of his presentation that staggered me. I thought it’d be a casual performance like a member of the band briefly leaving his chair. But this was totally out of character, like a recital from London’s Wigmore Hall. His excellent tenor voice gave the 1940 tune an almost classical treatment. I bet its writers Johnny Mercer and Rube Bloom would have been amazed. This was just another example of Melachrino’s many talents. His clear voice made him more than a cut above any old crooner. And his conducting ability must have stood him in good stead for his first big studio job with the Austrian-born tenor Richard Tauber in 1945. Remember Melachrino was also a multi-instrumentalist. As well as a very good violinist he had mastered the viola, oboe, clarinet and saxophone. All these abilities made him a perfect leader of an orchestra. Rather like composer-arranger Robert Farnon who also as a multi-instrumentalist had a head start in the business.

So from a tiny violin a few inches long given to him by his stepfather, George became conductor of two of the world’s finest light orchestral combinations, the Melachrino Strings and Orchestra. In his childhood he was given manuscript paper and instead of coloured chalks, a pencil to play with. At 4 years of age he composed his first piece Up the Mountains because the pattern of the notes resembled just what it said, the title. Even then he was a class act!

After arriving back in the UK in 1965 after a holiday in New Zealand, I learnt of the sudden tragic death of the man himself which was more than a blow, because literally only the night before, I met George Melachrino’s agent in Chelsea and was about to offer some of my own tunes for the company.

The main interest in this release will be The Lark Ascending by Vaughan Williams...

It is with regret that we record the death of former Robert Farnon Society member Jim Palm, on April 6th.

Many LLMMG supporters may remember Jim, who, back in the 90s, used to attend our London meetings. For several years he assisted David Ades with the editing of Journal Into Melody, to which he was also a regular contributor.

He hailed from Edgware, Middlesex [on the NW periphery of London] and in professional life worked for the BBC in the latter’s gramophone library.

Upon his retirement from the Corporation, he moved to Salisbury, where he amassed his own sizeable collection of recorded music, much of it comprising discs from the libraries of publishers such as Chappells and Boosey & Hawkes.

Jim had an encyclopaedic knowledge of Light Music, which was put to good use in the many articles he wrote for JIM and also for newspapers and periodicals in his locality.